Kitty wakes up, stretches, eats a pellet or four and makes her way straight back to bed less than 5 minutes later. But why? She’s just spent 10-hours catching Z’s, she can’t still be tired after that…could she? Strange behaviour is part of her DNA – her Doing Nothing Attitude. You can’t blame a feline for being comfortable in her own fur. Let your purr-machine snooze and don’t be green-eyed because she is free to dream whatever cats dream about while you face reality.

Just like us humans, cats go through multiple sleep stages. They experience Rapid Eye Movement (REM), which is the stage at which dreams are made. Kittles dreams about her daily life, just as we do. She dreams of chasing butterflies, nibbling on fishy dishes and getting loving cuddles from the one who gives her treats.

According to Matthew Wilson of MIT’s Picower Institute for Learning and Memory, the part of the brain “that controls memory is called the hippocampus and it is wired very similarly from one vertebrate or mammal to the next”.

This means that your kit-cat not only dreams, your other pets do, too. Doggo probably dreams about chasing kitty while kitty probably dreams of running away from him. No wonder Bruno growls during a visit to dreamland. Hmm…makes PURR-fect sense now.

Cats and movement during slumber

According to a behavioural consultant, Amy Shojai, a kitty’s senses remain active during 70% of her snooze time. She remains alert to react quickly to sounds and smells. The other 30% of the time, she’ll sleep deeply and wake up slowly – blinking, yawning and stretching, then grooming – to keep the fur coat shinny.

During REM’s deep sleep, the body also turns off the feline friend’s large muscles. These control the arms and legs and prevent her from acting out in her dreams. Almost. The off switch doesn’t always function properly, which explains the twitching, kicks, sweet-soft meows and murmurs in her sleep.

As pets age, the off switch becomes less productive, resulting in more physical movement during sleep. Sometimes the movements can wake Snowball up from his dreams, causing him to be startled and a little confused. Luckily cats recover quickly and go back to their normal purring selves in just a few minutes. 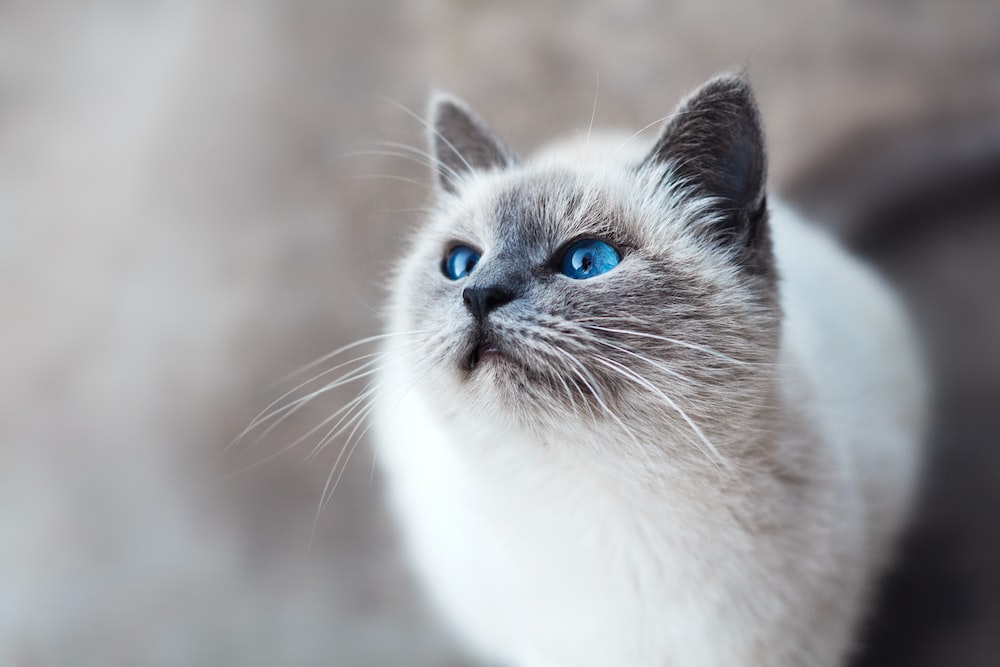 So, cats do funny stuff during sleep, but can they sleepwalk?

Okay, we know some humans sleepwalk. It happens when two parts of the brain are “awake” at once, usually about half an hour before REM sleep. People twitch and flex during sleep because the nervous system is doing its job. A neurotransmitter called Gamma-Aminobutyric Acid, or GABA, limits the activity in the motor cortex so that major movements are impossible. When there is a lack of GABA in the system, lots of moving happens during sleep. That’s when your inner vampire emerges and makes you walk around at night without you knowing about it.

Although cats move their paws and whiskers during their dreams, they don’t sleepwalk like some humans do. Usually, only cats with brain damage can sleepwalk. In a study done by professor Michel Jouvet from Claude-Bernard University in Lyons, France, cats with lesions around the locus coeruleus in the brainstem can act normal when awake, but they are no longer able to go into a hyper-relaxed mode. The felines in the study would crouch low and act as though they were stalking mice. Or they might go looking for food or play with make-believe toys. And all the while, they were “sound” asleep.  Who’d have imagined?

Felines sleep a lot and they dream often. They have some sweet dreams and some not-so-sweet ones. Although your kitty dreams and moves her paws and whiskers during sleep, if she’s alright upstairs, she won’t sleepwalk. If your fur-ball is healthy and happy, she’ll spend more time in her dreams than in the sandpit or in the trees. You needn’t worry about your snoozing fur-heads. Let sleeping cats lie or prepare to be scratched.

Sweet dreams to all the Snowballs out there. Happy twitching!